Welcome to this mobile phone friendly website of the Gamefishers Club, a long established, well respected, private fly fishing club based in the Midlands. Scroll down to view information about the Club, including the waters available and membership details.

The Club offers to its members wild brown trout and grayling fishing on rivers and brooks in the counties of Worcestershire, Herefordshire, Shropshire, Gloucestershire, and Powys.

Club membership is limited but a few vacancies usually arise each season and in the event of there not being a vacancy when you apply the Club operates a waiting list, and you will be notified when a vacancy next exists.

The Gamefishers Club was established in 1957 with the aim of providing members with fly only trout fishing, in a non-competitive environment. The Club has a limited membership, fixed by the Management Committee: currently set at 95 members. Member's wives and children may join as Associate members. Members may also obtain an occasional Guest Permit for their friends. 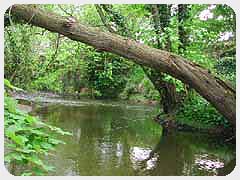 Since its foundation the Club has had the aim to purchase its own fisheries. Currently the Club owns the fishing rights on three river beats and a small lake; the other eleven river beats are leased/rented. The Club has over 8 miles of fishing on 10 rivers/streams, divided into 13 beats, and a lake. All the rivers support wild brown trout, and some provide grayling fishing during the winter months. The lake is stocked with sizeable brown, blue and rainbow trout.

The Club holds meetings for the members in May and November: the November meeting being the AGM. Currently the venue for the meetings is the St. Andrew's House Hotel, Droitwich.

Bank clearing and Habitat improvement outings are arranged during the close season, and members may indicate the Club waters that they would like to be notified of any scheduled working parties. The outings are vital to maintaining the waters in good condition, however they are also regarded as a social occasion, and a chance to explore the Club waters further.

To join the Club a new member must pay the Entry Fee and the current Annual Membership; however, an Associate Membership is not subject to an Entry Fee. As a member you may fish any of the Club waters any number of times in a season without paying any further fees. Currently only one of the river beats requires an online booking to be made beforehand.

Members are issued with a booklet that contains the Club Rules and Water Maps, and a Membership Card that must be carried when fishing, and used to record all visits to the Club waters. You will also have access to the Member Only area of the Club website where there is information about the waters, and provision for you to record your own fishing visit experiences on the Club waters. If you require any further help or advice there are Club members who are willing to be contacted by new members seeking advice.

At the present time (Nov 2017) Club members have access to the following thirteen river beats and Mathon Lake.

On the Cound Brook in Shropshire, south east of Shrewsbury, near to Berrington there are three beats on about 1½ miles of mostly double bank wild brown trout fishing. 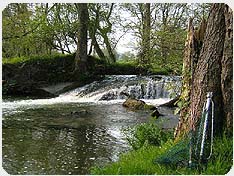 On the Leigh Brook in Worcestershire, south-east of Worcester near to Leigh Sinton there is a beat of just under a mile of single bank wild brown trout and grayling fishing. 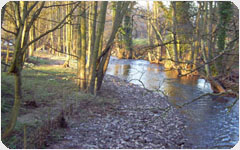 On the River Lugg in Powys, west of Presteigne, the Club owns the fishing rights on about 1 mile of mostly double bank wild brown trout fishing.

On the River Monnow at Clodock, near Longtown, there is a beat of about half a mile of single bank fishing for wild brown trout and grayling. 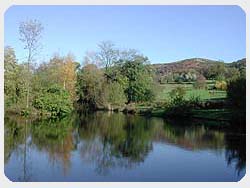 On the River Tanat in Shropshire, near to Llanyblodwel the Club owns the fishing rights on a mile of mostly double bank wild brown trout and grayling fishing.

On the River Corve in Shropshire, north of Ludlow there is a beat of about 1 mile of single bank wild brown trout fishing.

On the River Onny, near Stokesay and Onibury, the Club has a couple of syndicate rods on 2 miles of mostly double bank fishing for wild and stocked brown trout and grayling.

On the Bideford Brook, close to Blakeney and the Forest of Dean, there is a beat of about 1 mile of double bank fishing for wild brown trout.

Mathon Lodge Lake in Worcestershire, west of Malvern, the Club owns the fishing rights on a small lake stocked as required with brown, blue and rainbow trout.

Note that any measurements are only rough estimates.

A request for a Club official to make contact with you may be made by sending an E-Mail message to the Honorary Secretary - his E-Mail address is: hon.secretary@gamefishersclub.org.uk

If your application request is accepted you will be asked to send a cheque for payment of the Club Entry Fee and the Annual Membership to the Honorary Treasurer.

Note: for anyone joining the Club after 1st July the Annual Membership fee for the current year is reduced to £60.00.